Why writing would be boring without mythical items, plot twists and things that make no sense.

Growing up I thought Power Rangers was one of the best shows ever but as time went by I started to realise there was a fairly common pattern to the episodes. This typically began with a new enemy appearing, the rangers failing to beat it, then they would find some mythical item or new way to merge their Zords (aka giant robots) and suddenly they’d be able to win. 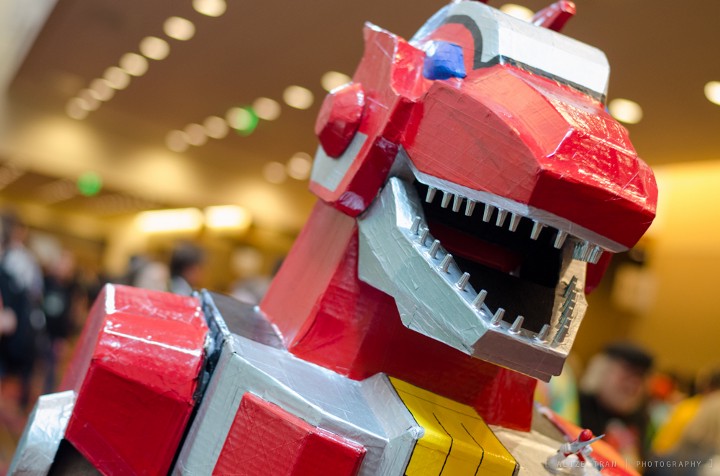 This mythical item is more commonly known as a Macguffin and in writing circles it’s not always met with fondness. In Power Rangers’ case it was mainly used as a mechanism to increase the spectacle each week and to shamelessly come up with new toys to sell to me. After all, what’s cooler than seeing one giant robot take on an opponent? How about four robots that combine together!?

If Power Rangers wasn’t your show of choice growing up (or now) then you’ll no doubt have seen the effects of Macguffins at least once on a show you love. Any time a character is stuck and they find an item, which could be something as plain as a letter, or as complicated as the Tesseract in the Avengers, that causes them to go down a different path then essentially that’s a Macguffin.

What’s bad about Macguffins is that they can often be used to unnecessarily string out a story. You see this all the time in video games where a character is endlessly searching for an item only for it to constantly be taken from them. Even one of the most highly regarded games of all times, The Legend of Zelda, used the Triforce as a driving force for the story.

Often this item is divided up, causing the character to go to multiple locations and collect it bit by bit (Zelda again) or simply exists in multiple forms (like Mario and his stars). Or stepping outside of games, the last Harry Potter book was essentially a fetch quest for the Elder Wand and its component parts.

Another problem with Macguffins is that once you introduce one to the world, anyone who experiences that story will constantly be asking, “why don’t they use that item again?” This results in authors generally having to break the item, have it taken from the hero or just have it run out of power.

Generally authors won’t destroy the item altogether, as if they are ever stuck it’s very handy to just rely on the same item again, often in different ways. The Doctor’s sonic screwdriver in Doctor Who is a perfect example of this. Used for everything from cutting through walls to safecracking to reprogramming enemies, I’ve even seen it used to open a stone door in one episode. Such a thing sounded even weirder when you appreciate that the episode was in 2013 and that the writers went to the trouble of giving a 2 minute long explanation as to why it opened the door (but weirdly could not open it again minutes later…).

Another flaw of Macguffins is when they are destroyed and the characters are told they’ll never get them back, only for them to reappear in the same or a different form several episodes later. Anyone who has watched Once Upon A Time will know this feeling very well. Every week it seems we are told an item was “the last of its kind” or “the only way to…” and then within a month they find another way around it or they’ll simply restore the original item. Macguffins are the ultimate way to reopen a closed door in storytelling.

Yet Macguffins are not always bad. In the case of Harry Potter, he needed that wand to defeat Voldemort. Had Harry just turned up with his normal wand, cast a spell and won the final battle it would have been incredibly anti-climactic, not to mention made you wonder why he didn’t just do that several books ago.

Macguffins can also be a vital part of the world that means it could not exist without them. Without the triforce there would have been no story in Zelda. Even in my own novel Tethered Twins, the world is formed around the premise that everyone is born with a twin, without that particular Macguffin there is no plot. You could even argue every single item in Science Fiction or Fantasy is a Macguffin, given that it doesn’t exist in our world and therefore only exists for the plot.

To tear down the boundaries even further, Macguffins don’t even have to be something physical. It can simply be a goal that a character pursues and even then it doesn’t have to be a key part of the plot, it could simply be the reason a secondary character is motivated to do an action. So if you think about it without Macguffins storytelling cannot exist at all. All the characters would just sit around staring blankly at a wall.

Macguffins are as important to storytelling as words and language. It’s not really about the item or desire the characters have, it’s about the journey they go on to get there, whether that’s a journey classified by distance or by emotional change.

Macguffins may have been given a bad reputation but when a story has run out of steam the best writers know when to ask for “One Macguffin please”.